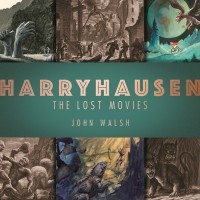 Harryhausen: The Lost Movies OUT NOW 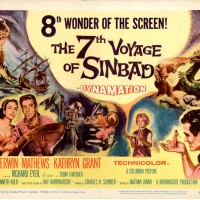 Don’t miss the 4K premiere of fully restored ‘The 7th Voyage of Sinbad‘ at Regent Street Cinema, London, 3pm on September 15th. A perfect opportunity to see Ray Harryhausen’s 1958 classic on the big screen! This special showing, arranged to celebrate the launch of Titan Books publication ‘Harryhausen: The Lost Movies‘, will be followed by […]

We are delighted to announce details of our panel at this year’s San Diego Comic-Con International. Our ‘Harryhausen: The Lost Movies‘ presentation will take place on Friday the 19th of July, 6:30-7:30pm, Room 26AB. ‘For the first time, the secrets have been unearthed for Ray’s unmade films: Missing scenes from the films you love. Stunning […] 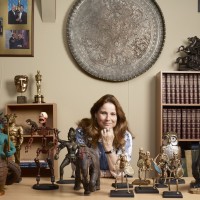 To celebrate the 99th birthday anniversary of Ray Harryhausen, the Foundation, together with the National Galleries of Scotland, are thrilled to reveal the very first glimpses of several recently restored models created by the legendary filmmaker who changed the face of modern cinema. Taken from stop motion pioneer Harryhausen’s remarkable archive, and pictured with daughter […] 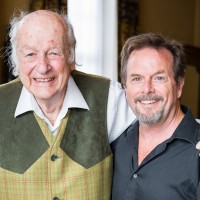 We are pleased to announce that special effects artist Randall William Cook has been appointed as an advisor to the Foundation. Randy first met with Ray Harryhausen in 1971, and the two became lifelong friends over the proceeding decades. He has contributed to a number of commentary recordings for DVD and Blu-Ray releases of Ray’s […]

This year’s Edinburgh International Film Festival’s Film Fest In The City will feature a 55th anniversary celebration of ‘First Men in the Moon’, with special introductory trailer from the Foundation. The free screening will take place on Saturday June 15th, and will be the fourth year that the festival has celebrated Ray Harryhausen’s iconic films. […]

Known for his iconic stop-motion creatures, Ray Harryhausen was at the forefront of Hollywood special effects for much of the 20th century. His films include One Million Years B.C., Clash of the Titans and Jason and the Argonauts, among others. But for every film that reaches the big screen, half a dozen projects are never […] 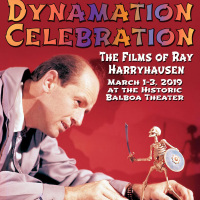 We are delighted to announce that Ray’s daughter, Vanessa Harryhausen, will be guest of honor at the ‘Dynamation Celebration’ film festival in San Francisco this coming March. Organised by Bay Area Film Events, the weekend of 1st-3rd March will see screenings of some of Ray Harryhausen’s most beloved films at the Balboa Theatre. Vanessa will […] 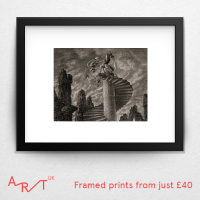 ‘The 7th Voyage of Sinbad’- prints available on ArtUK

Purchase high quality prints of Ray Harryhausen’s original key drawings for ‘The 7th Voyage of Sinbad‘ from Art UK. One of the most important fantasy films of all time, ‘The 7th Voyage of Sinbad‘ features some of legendary stop-motion animator Ray Harryhausen’s most iconic creations. These key drawings show Ray’s original concepts for the 1958 […]