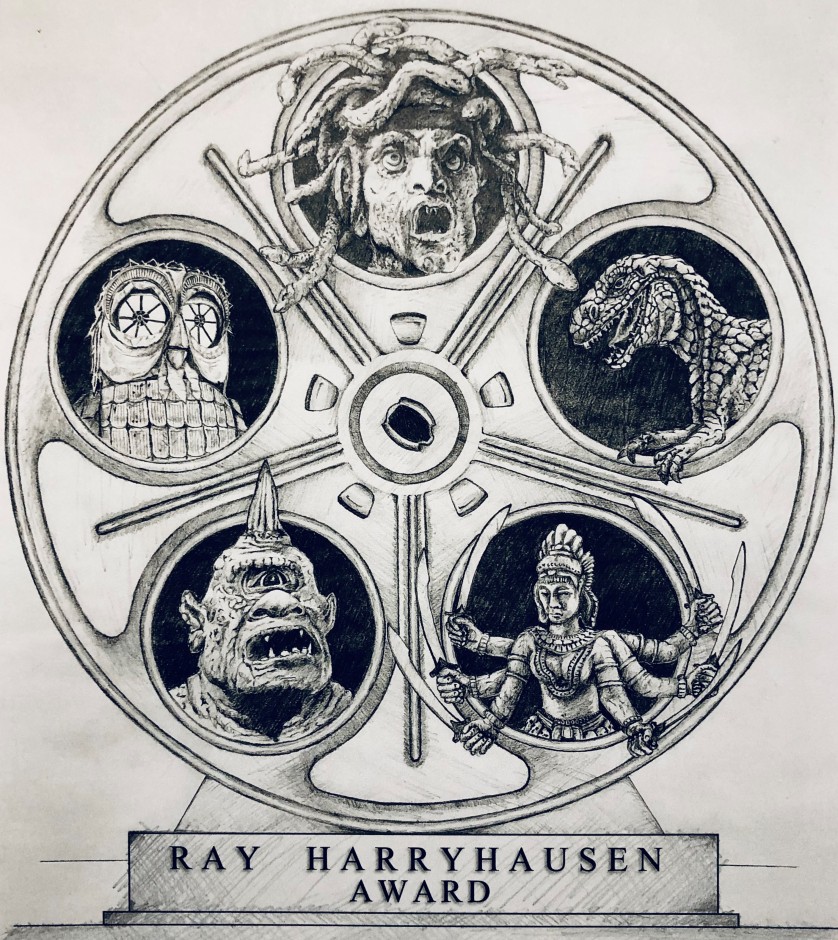 The Ray and Diana Harryhausen Foundation are delighted to announce new film awards programme, established in honour of the legendary master of stop-motion animation on what would have been his 101st birthday. Beginning on January 1st 2022, we will be accepting entries under the following categories:

“Ray Harryhausen’s influence on cinema past and present is truly titanic. I devised these awards in Ray’s name to recognise new standards of excellence in the growing field of animation.”
John Walsh, Filmmaker & Trustee

“Dad always recognised the strong educational aspect of his work. I hope that these awards will encourage a new generation of animators to be inspired and follow their own dreams”
Vanessa Harryhausen, Ray’s daughter and Trustee