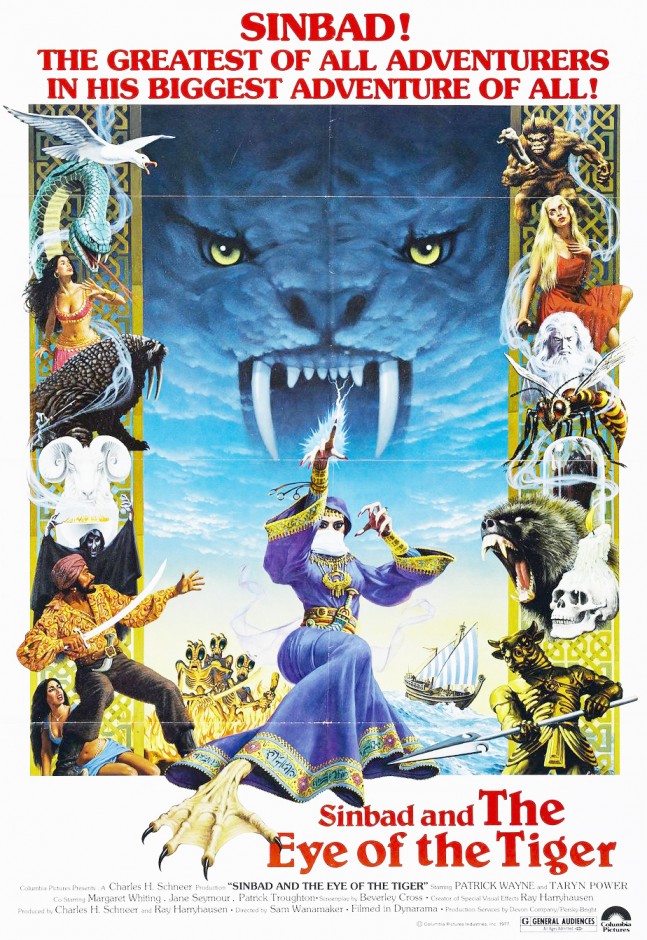 Fans in Scotland can catch a FREE outdoor screening of ‘Sinbad and the Eye of the Tiger’ next Sunday the 18th of June, as part of the Edinburgh International Film Festival.
This 40th anniversary celebration will also contain an exclusive introductory video from the Ray and Diana Harryhausen Foundation, showing some rare images from the archive. This is the second year in a row that the festival’s ‘Film Fest in the City’ has screened a Harryhausen classic, following on from last year’s 50th anniversary celebration of ‘One Million Years BC’.

‘Sinbad and the Eye of the Tiger’ will begin at 2:45pm. For more information on the programme of screenings, see: https://www.edfilmfest.org.uk/filmfestinthecity