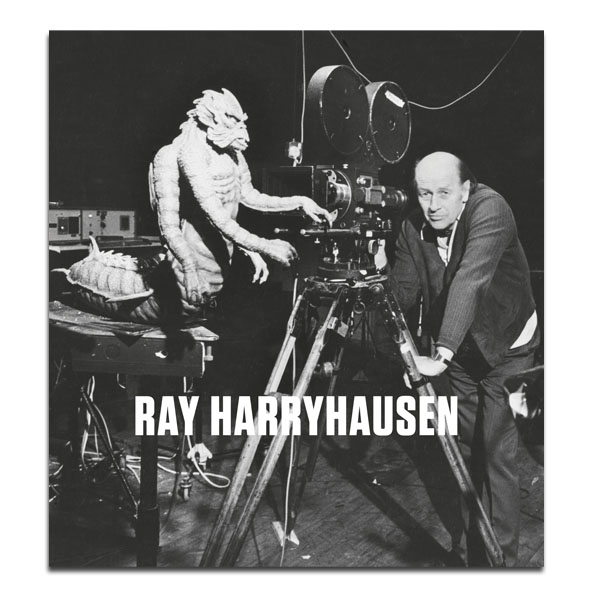 This new book accompanies the greatly anticipated Ray Harryhausen: Titan of Cinema exhibition, on display at the Scottish National Gallery of Modern Art (SNGMA) from 23 May 2020.

This book is a fascinating examination of the work of the pioneer of the special effects that we see in modern cinema, with contributions from experts in the field and written in conjunction with the Ray and Diana Harryhausen Foundation.

With material drawn from Harryhausen’s incredible archive, Vanessa, selects 100 creatures and objects that mean the most to her.

In addition to Vanessa’s reflections, many of those who worked with Harryhausen or were inspired by him add their own memories and comments. Ray Harryhausen’s work included the films Jason and the Argonauts, Clash of the Titans, the Sinbad films of the ’50s and ’70s, One Million Years B.C. and Mighty Joe Young, as well as  a wider portfolio including children’s fairy tales and commercials.

He also inspired a generation of film-makers such as Peter Jackson, Tim Burton, George Lucas, and Steven Spielberg, and his influence on blockbuster cinema can be felt to this day. The Blues Brothers director John Landis contributes multiple entries about his friendship with Harryhausen  and the influence Harryhausen  had on his work. This book is published in 2020, coinciding with the 100th anniversary of Harryhausen’s birth.

Vanessa grew up around her father’s films and creations, and spent time on many of the film sets for which he created special effects.

Preorder the book today for £25: https://www.nationalgalleries.org/shop/books/exhibition-books/pre-order-ray-harryhausen-titan-cinema-paperback

This book is not yet printed. Any pre-orders are expected to be delivered around the time of the exhibition Summer 2020. Cover image of book may change.

For more information on the exhibition: