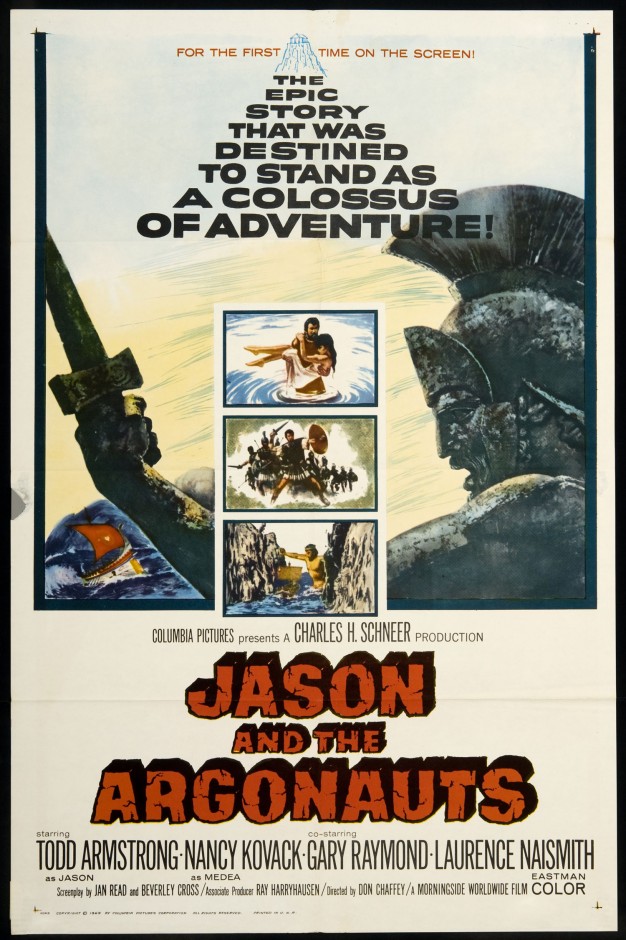 June 2018 will see a number of screenings of ‘Jason and the Argonauts’, celebrating this beloved film’s 55th anniversary.

17th June, St Andrew’s Square, Edinburgh: Free outdoor screening of ‘Jason and the Argonauts’ on June 17th, as part of this year’s Edinburgh International Film Festival’s ‘Film Fest in the City’. Preceded by a special introduction created by the Foundation: https://www.edfilmfest.org.uk/latest/edinburgh-international-film-festival-announces-jam-packed-line-summer-outdoor-screenings

29th June, Valence House, Dagenham: To mark what would have been Ray Harryhausen’s 98th birthday on June 29th, Valence House Museum will host a special outdoor screening of the 1963 classic ‘Jason and the Argonauts‘. This anniversary screening will also mark your last chance to see a private viewing of the ‘Dinosaurs, Harryhausen and Me‘ exhibition, which showcases some of Ray’s most beloved models and artwork: https://www.eventbrite.co.uk/e/outdoor-film-screening-jason-the-argonauts-tickets-45591768206

29th June, Glasgow Film Theatre, Glasgow: Also marking Ray Harryhausen’s birthday, a chance to see the film alongside an onstage conversation with one of the film’s stars, John Cairney. The evening will begin with an introductory presentation from Foundation Collections Manager Connor Heaney, preceding a wonderful opportunity to see Ray’s 1963 classic on the big screen. After the film, John Cairney will be interviewed about his role as Hylas, his recollections of filming, and his lasting memories of Ray Harryhausen: https://glasgowfilm.org/shows/jason-and-the-argonauts-qanda-u