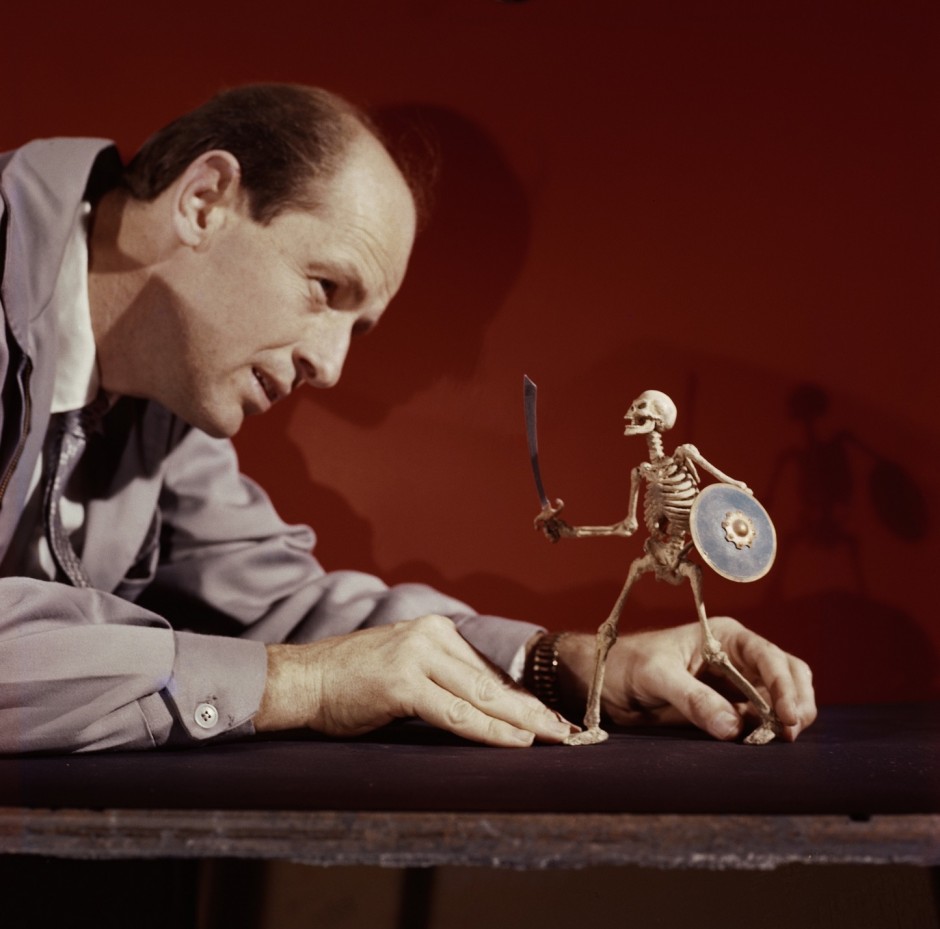 We are delighted to share news of the Edinburgh Filmhouse’s ‘Ray Harryhausen Season’. Throughout the coming months, each of Ray’s films will be screened alongside a short film from the Foundation. For more information and to book tickets, see https://www.filmhousecinema.com/season/ray-harryhausen

‘A selection of films featuring pioneering special effects by filmmaking legend Ray Harryhausen. Known for his iconic stop-motion creatures; Ray Harryhausen was at the forefront of Hollywood special effects for much of the 20th century, and he created some of the most memorable and inspiring visual effects in the history of cinema.

He received an Oscar for lifetime achievement in 1992, and has been hailed as a major influence from every major figure in the world of sci-fi and fantasy. Steven Spielberg, Peter Jackson, Tim Burton, James Cameron, Guillermo Del Toro, Nick Park and so many others have cited Ray as a major inspiration to their careers; George Lucas was quoted as saying “Without Ray Harryhausen, there would likely have been no Star Wars”.

We’ll be bringing his films back to the big screen, beginning with Jason and the Argonauts, Mysterious Island, The 7th Voyage of Sinbad and The 3 Worlds of Gulliver.‘