Exhibition at Tate Britain: ‘The Art of Ray Harryhausen’ 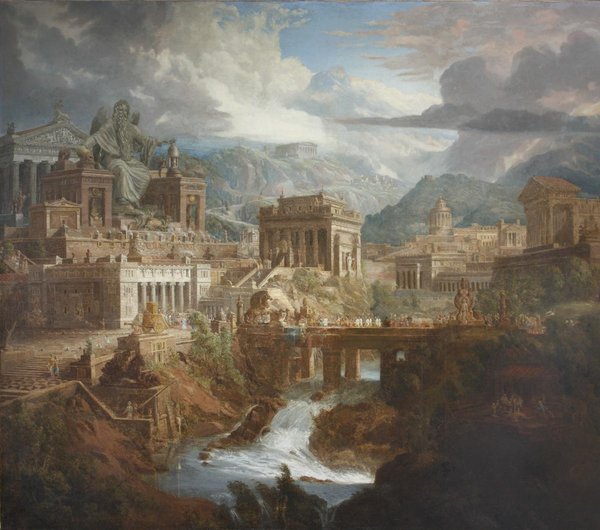 A unique showcase of some of Ray Harryhausen’s most beloved models, bronzes and drawings will be displayed alongside some of his favourite pieces of fine art at the Tate Britain this Summer.

Throughout his creative life, Ray would regularly acknowledge the depth of influence offered to him by artists such as Gustav Dore, John Martin and Joseph Gandy. Throughout his films, models and drawings, key inspirations can be traced back to his lifelong appreciation of fine art. Within the 50,000 strong collection held by the Ray and Diana Harryhausen Foundation, there are scores of original paintings, engravings and antiquarian books, highlighting Ray’s key interests and inspirations.

The Art of Ray Harryhausen will explore this relationship between fine art and the output of one of 20th century cinema’s most influential figures. Featuring models and artwork from Clash of the Titans, Jason and the Argonauts and The Golden Voyage of Sinbad. Created in collaboration with lead curator Martin Myrone, this display represents a one of a kind exploration, allowing Ray’s work to be viewed amongst the context of the artists from which he drew such incredible motivation. Alongside artwork from John Martin, Gustave Dore and Joseph Gandy will be number of rare Harryhausen pieces that have seldomly been displayed in the past, making this exhibition a must visit for fans worldwide.

The exhibition runs from June 26th until November 19th at the Tate Britain in London; for more information see http://www.tate.org.uk/visit/tate-britain/display/spotlights/art-ray-harryhausen

As a preview for the exhibition, watch our video for ‘Jupiter Pluvius at the Tate’, which explores the history of one of Ray Harryhausen’s prize possessions: