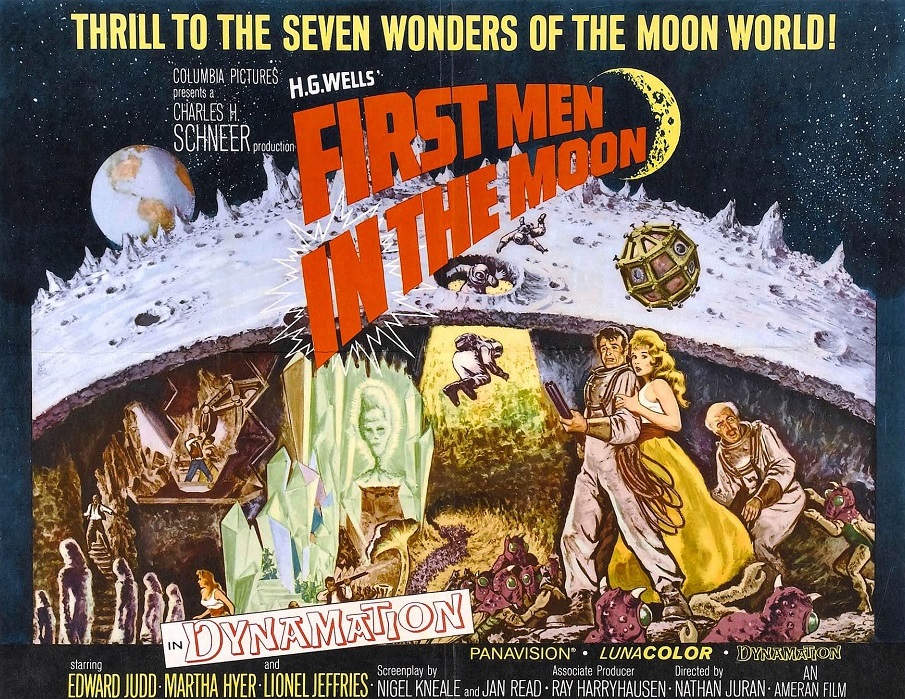 See a 4K screening of ‘First Men in the Moon‘ at the Royal Museums Greenwich Planetarium on November 16th, and win a copy of ‘Harryhausen: The Lost Movies‘!

John Walsh will reveal rare images from the film and scenes cut from the production, from new book Harryhausen: The Lost Movies. There will be a chance to win a copy of the book, after a discussion of the film’s lost treasures.

See artefacts from ‘First Men in the Moon‘ at Royal Museums Greenwich, as part of their ’Moon’ exhibition.

This unique display celebrates the 50th anniversary of the Moon landings, showcasing pieces from Ray Harryhausen’s adaption of the classic HG Wells novel. Charting the cultural and scientific story of humankind’s relationship with the Moon, the exhibition features over 180 objects, including artefacts from NASA’s Apollo 11 mission.